Everything you need to know about our organisation 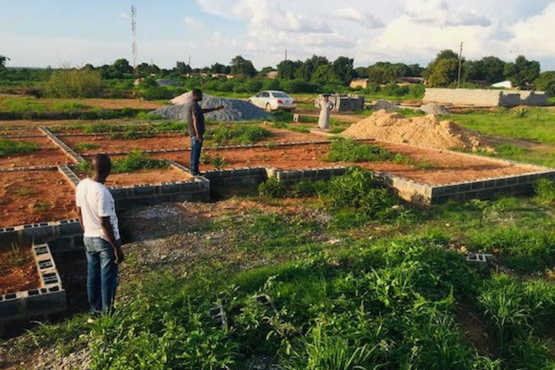 Thank you. You made the purcahse of our land in Kawama, Kitwe possible. The land was purchased in January 2022.

The purchase and construction of our Kawama Campus facility in Kitwe is our largest project.

We need your financial help. Learning and other operations that make us who we are will not be placed on hold while we build. Our dreams are Big, and rightly so. But to ensure we don't shy away from our ambitious desires, we need all the financial help we can get.

Such dreams as Big as they are, do not necessarily translate into you giving beyond your means. Give what you can. But give.

It's easy to give, it is also easy not to give.

Come fund us, ironically you need to Go Fund Me - https://www.gofundme.com/f/nilina-hope 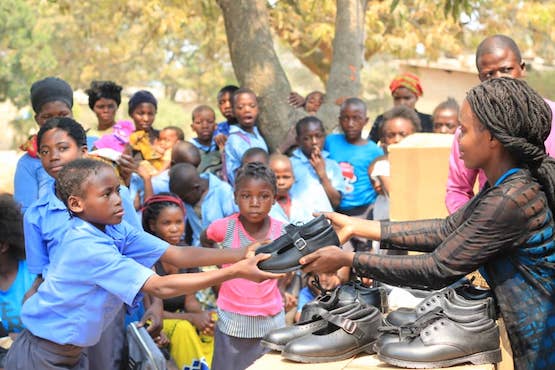 In September 2019, we bought new school shoes and socks for all our 110 kids. Thanks to our team for making this possible, our donors and to Zamshu for supplying the shoes. Our work was well received in the community.

I run a makeshift store next to my house. I don’t make much money. My son John stopped going to school because he was mocked about being old for his grade. So I am really thankful because your learning centre has placed him in the appropriate class without first looking at his age or height. It is also a blessing that my son now wears expensive school shoes. Shoes that I cannot afford to buy him from the money that I make. – Mr. Phiri, Kitwe 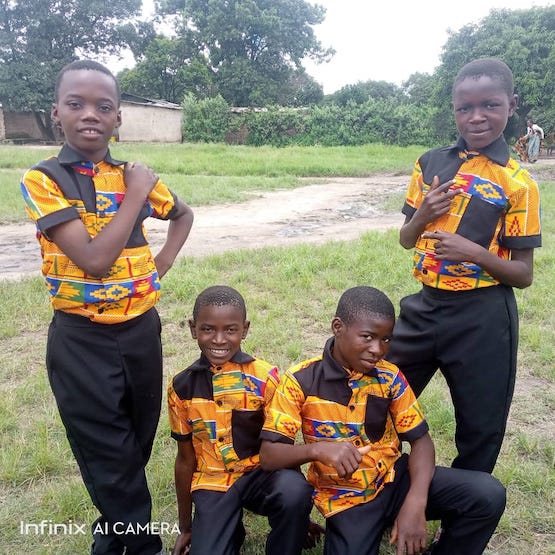 "I look so good, my own mother won't recognise me." - a happy and satisfied student.

As far as we know, there are no schools in Zambia that have custom, tailored, handmade, African uniforms. We are not a school, but we are happy to lead the way.

The uniforms are made from Kente print from Ghana. The black cloth is sourced locally in Kitwe. The tailor and his team - totally skilled, are based in Kitwe, Zambia.

If you have a desire to invent the future, please let us know. 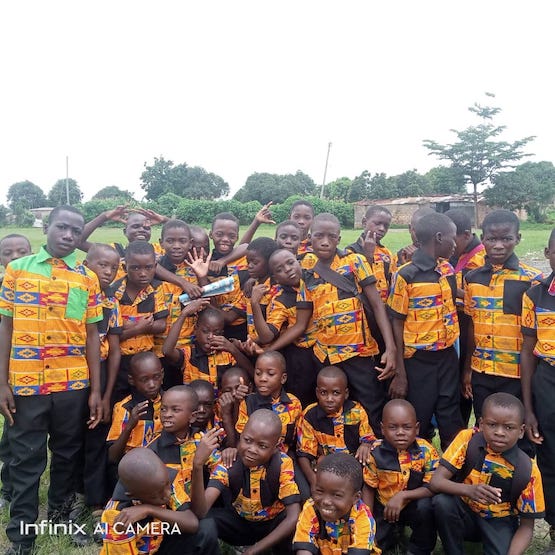 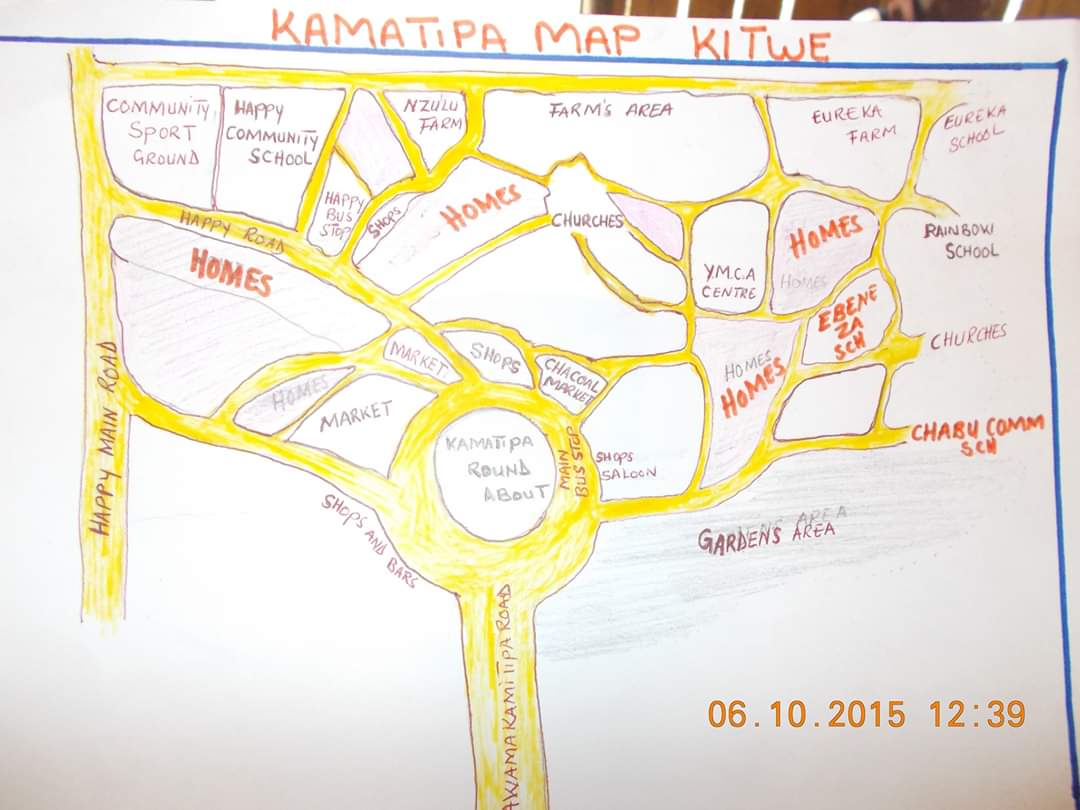 In July 2019, we conducted a needs assessment of the Kamatipa community. Below is an extract from the report.

Kitwe is the second largest city in Zambia. The city covers a total area of 777 square kilometers stretching from the south where it is bordered by Ndola and Luanshya, upto the north where it is bordered by Mufulira and Kalulushi Districts. Because of its centrality and proximity to other districts, Kitwe is aptly called the 'Hub of the Copperbelt' (KCC 2002a). There are a number of low-income and informal settlements in Kitwe.

Kamatipa Community, which is a selected area for the assessment is among the list of informal settlement and low-income communities in Kitwe on the Copperbelt Province. It occupies a total area of 131.64 hectares of state land north of Kitwe (KCC 2002a). In addition, Kamatipa has the population of 19,050 with 3,175 number of households (CSO, 2011). Kamatipa community is characterised by high levels of poverty compared to other places in Kitwe. The community faces a lot of challenges ranging from poverty, sanitation, unsafe clean drinking water and air pollution. Garbage collection is another problem, people throw plastics, papers and waste food anywhere due to lack of services from the Kitwe municipal council.

Furthermore, the community lacks other necessities like children’s play parks, kindergartens, health services (health post) and security (police post). The community has high unemployment levels, overcrowding and poor standard of houses. The area is basically a residential area with a few economic activities taking place such as trading at markets, welding, and carpentry activities.